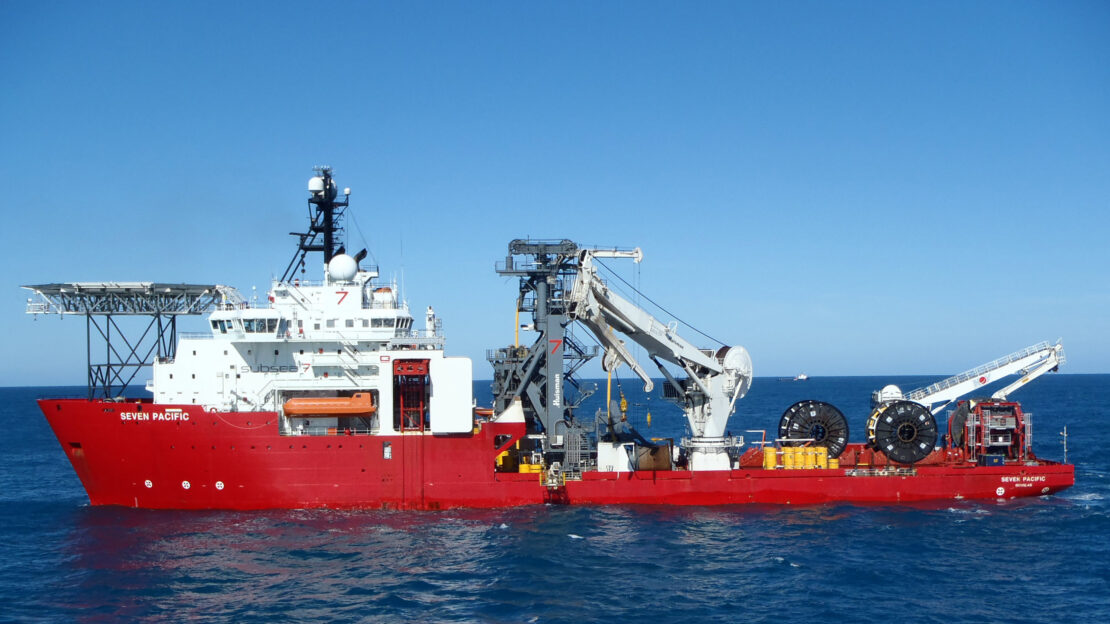 BORAbox™ hardware has been installed to WROV onboard the Seven Pacific

The BORA Blue Ocean Research Alliance®, an alliance between the National Oceanography Centre (NOC) and Subsea7, has launched the first in a series of remotely operated vehicles (ROVs) that contain the new BORAbox®. The sensors are currently collecting data on Subsea7 vessels in the South Atlantic, and more launches are planned further afield.

BORAbox®, an integrated suite of sensors developed by NOC scientists, will measure an important aspect relating to the health of the ocean by establishing the total alkalinity – a measure of the water’s ability to resist a reduction in its pH level. The information gathered by the BORAbox® will feed into a global understanding of climate change and its impact on the oceans. As a result, the research will also be used to better predict how the oceans and weather systems will react over the coming decades.

Dr Carla Sands, BORA project manager from the National Oceanography Centre commented: “This launch is an exciting moment for ocean research. So much of our ocean remains unexplored. This new technology allows us to dramatically increase our monitoring capabilities in areas of the ocean. By studying pH and alkalinity, we can dramatically inform future studies and help authorities around the world mitigate much more effectively the effects of climate change in the ocean.”

BORAbox® will begin by monitoring temperature, salinity, depth, and the carbonate system. These are vital measurements in helping to monitor the wellbeing of the oceans. The data will be analysed by scientists where it will then be used to support further ocean observation studies and help to shape major global ocean health assessments. As the project expands with more launches from other locations, the new data represents a significant upgrade on what is presently available. Current observations may only span short distances and can often be out of date by the time it is accessible.

Dr Sands added: “The need to have up-to-date information is critical given the dramatic increase in CO₂ currently being added to the atmosphere. Around 25% of man-made CO₂ such as fossil fuel burning gets absorbed by the ocean which helps to regulate CO₂ in the atmosphere. However, too much CO₂ in the ocean can cause it to acidify and damage plant and animal habitats.”

The BORA project highlights NOC’s commitment to working with key industry bodies to provide data to inform evidence-based policy, ensuring leaders are presented with the most accurate information about the state of the oceans.

Liz James, Subsea7’s Group Environmental Director, commented: “Subsea7 is excited and committed to this dynamic and innovative relationship, bringing science and industry together. We will be fitting further BORAboxes to our global fleet, enabling greater ocean access to scientific research and advancing global knowledge for the benefit of understanding the ocean, biodiversity and the impact from our operations on the environment.”

BORA Blue Ocean Research Alliance® is an alliance between NOC and Subsea7, which funded the first prototype system that recently launched in the North Sea.